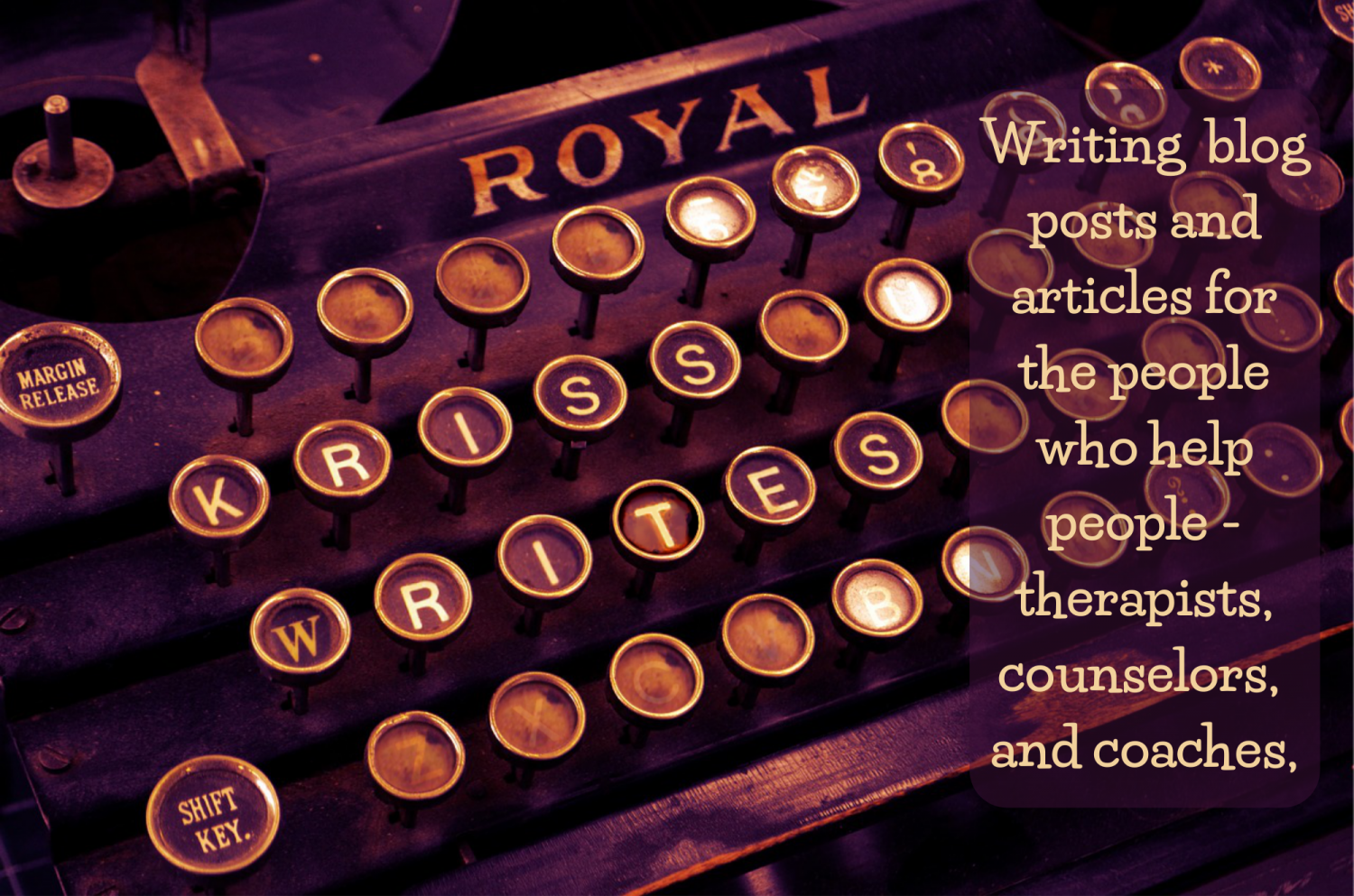 No Comments on A Flash of Unexpected Self-EsteemPosted in Self-Esteem By krisswritesPosted on November 2, 2017November 25, 2019

If you’ve known me for any amount of time, you know that I’ve always struggled with the unholy trinity of poor self-esteem, anxiety, and perfectionism. It’s a perfect storm of negative self-talk and self-denigration. It’s been so bad at times that I’ve found myself saying things to myself that I wouldn’t say out loud to people I hated.

If you know all that about me, then you’ve also known me long enough to know that I’m a musician. My first public performance was less than a week after my fifth birthday, singing Carol of the Questioning Child with Mama and the church choir on Christmas Eve. I’ve had formal lessons on voice, piano, concert flute, piccolo, alto flute, clarinet, oboe, and trumpet. At last count, I can play more than 40 instruments with varying degrees of success.

I’ve brought people to tears with my singing (HAPPY tears, thankyouverymuch!). I once understudied the lead role in an opera, and a song I composed was performed to a standing ovation from over 400 souls. I’ve got an album full of ribbons and certificates somewhere that could show you how good I am. You wouldn’t have to take my word for it.

But take my word for it; I’m a really good musician.

If you’ve known me for any amount of time, you know that I’ve always struggled with the unholy trinity of poor self-esteem, anxiety, and perfectionism. It’s a perfect storm of negative self-talk and self-denigration. It’s been so bad at times that I’ve found myself saying things to myself that I wouldn’t say out loud to people I hated.

(Yes, I just repeated all that. Yes, it was on purpose.)

I am my own worst critic. I set impossible standards for myself, then lambaste myself endlessly for not meeting them. So much so that if you were to find me after a performance and compliment me, I would take the opportunity to tell you exactly where and when and how I screwed up. I would ignore all the amazing things I’d just done with my instrument, regardless of which instrument, and excoriate myself until my soul was laid bare and you could see exactly how little I thought of myself.

I spent about four hours putting together a Spotify playlist full of every “I’m gonna get up and get out and be magnificent and kick ass and take names” song I could come up with. That’s in addition to the seven hours I spent yesterday compiling the songs in the first place. It’s got everything. Disturbed and The Pointer Sisters. Frank Sinatra and Kanye West. Right Said Fred and Whitesnake. Over eight hours comprised of 120 some songs of awesomesauce.

And of course, since I’m a singer, I’ve been singing along. It dawned on me at one point that I wasn’t just singing along, I was using proper technique to sing along. Belting out Wasted or crooning Hero, didn’t matter. Soft palate up, jaw dropped, and rib cage out, while I was browsing web pages and playing solitaire.

Then it got strange.

After I let go of the last note, I grinned, wiped away a tear, patted myself on the back, and said out loud, “That was nice. Good job, Kriss.”

I’ve obviously lost my mind and need to see my therapist as soon as humanly possible. Positive self-talk has to be bad for the environment. Or baby seals. Can’t save the whales with positive self-talk or high self-esteem. All these psychiatric medications I take (five of them!) have clearly warped my mind. I sincerely hope it’s For Good.